It used to be accepted that a fair day's work entitled you to a fair day’s pay. But we all know people who are struggling by on poverty wages, in insecure jobs or working excessive hours. Government keeps pretending that the unemployed are ‘scroungers’ and if you are in work you are ok. I hate this kind of thinking as it blames those who are unemployed so that government can get itself off the hook and not fund a proper welfare state or enforce the minimum wage.

With fewer people joining trade unions, this makes collective action more difficult. So it is up to political parties to fight for fairness for workers. We need to make sure that we have a fair minimum wage and living wage, that unscrupulous employers can’t pretend they aren’t employing people just because they drive their own car or wear their own clothes rather than a uniform. We also need to properly fund inspections and monitoring to crack down on unscrupulous employers and dodgy practices. We need governments to model good practice, by committing to more than minimum standards with their own workforce and in public sector contracts. We need to support good employers and root out the bad.

But more than this, we have just been living through almost a year of COVID. Thousands have lost their jobs and businesses have gone under. We may not be able to get them all back, but there is so much potential to build back better. To put recovery first and really invest in the green jobs of the future: that means awarding contracts to build wind turbines to Scottish companies, starting a huge programme of retrofitting our housing stock, employing many more mental health support workers to tackle the impact of COVID on our wellbeing, overhaul how we treat care workers and pay them properly so it's seen to be an attractive career option, support our creative sector that employs so many and brings tourists to our shores, build electric car charging points across Scotland and look at reopening disused train lines... and so much more.

It's time for change

There is so much we can do to make the economy work for people and tackle climate change at the same time. I am impatient for change and want to get to the Scottish Parliament to fight for it alongside my Liberal Democrat colleagues. Let’s stop arguing endlessly about independence and actually focus on what would make Scotland better. 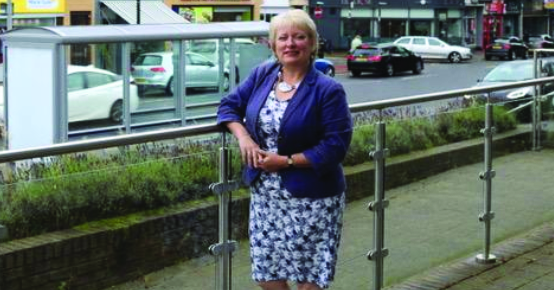